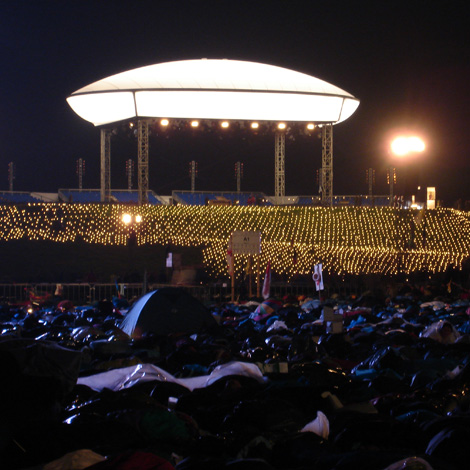 Illumination of Marienfeld for the Pope's visit in 2005

Our greatest privilege in the ecclesial environment yet: the visit of Pope Benedict XVI in 2005. On this occasion, we brought light to Marienfeld near Cologne which held more than 1 million visitors. To realise the illumination, 8,000 vigil cups positioned around the Pope’s hill were lit up simultaneously.